FOUNDER AND THE FIRST PRESIDENT OF THE TURKISH REPUBLIC


Upon reaching school age, little Mustafa started school at the neighborhood classes of Hafız Mehmet Efendi and later, with his father's choice, was transferred to Şemsi Efendi School. He lost his father in 1888 where upon he stayed at the farm of his maternal uncle for a while and returned to Salonika to complete his studies. He registered at the Salonika Mülkiye Rüştiye (secondary school) and soon transferred to the military Rüştiye. While at this school, his math teacher, also named Mustafa, added "Kemal" to his name. He attended the Manastır Military School between 1896 - 1899 and later the Military School in İstanbul from which he graduated in 1902 with the rank of lieutenant. He later entered the Military Academy and graduated on January 11, 1905 with the rank of major. Between 1905 - 1907 he was stationed in Damascus with the 5th. Army. In 1907 he was promoted to the rank of "Kolağası" (senior major) and was posted with the III rd Army , which was stationed in Manastır. He was the Staff Officer of the "Special Troops" (Hareket Ordusu) which entered İstanbul on April 19, 1909. He was sent to Paris in 1910 where he attended the Picardie manuevers. In 1911 he started to work at the General Staff Office in İstanbul.

Mustafa Kemal was stationed at Tobruk and Derne regions with a group of his friends during the war which started with the Italian attack on Tripoli. He won the Tobruk battle in 22 December 1911 against the Italians. On March 6, 1912 he was made the Commander of Derne.

When the Balkan War started in October 1912, Mustafa Kemal joined the battle with units from Gallipoli and Bolayır. His contributions to the recapturing of Dimetoka and Edirne were considerable. In 1913 he was assigned to Sofia as a military attache. In 1914, while still at this post, he was promoted to the rank of lieutenant colonel. His term as an attache ended in January 1915. By that time the First World War had started and the ottomon Empire was inevitably involved. Mustafa Kemal was posted to Tekirdağ with the assignment of forming the 19th Division.

Mustafa Kemal put his signature under a legend of heroism at Çanakkale during the First World War, which had started in 1914, and had the Allied Powers admit to the fact that "Çanakkale is unpassable!" On March 18, 1915 when the English and French navies in an attempt to force their way up the Çanakkale Strait gave heavy loses, they decided to put units on land at Gallipoli Peninsula. The enemy forces which landed at Arıburnu on 25 April 1915 were stopped by 19th Divison under Mustafa Kemal's command at Conkbayırı. Mustafa Kemal was promoted to the rank of colonel after this victory. English forces attacked at Arıburnu once more on 6-7 August 1915. Mustafa Kemal, as the Commander of the Anafartalar Forces won the Anafartalar Victory on 6-7 August 1915. This victory was followed by the victories of Kireçtepe on August 17, and the Second Anafartalar Victory on August 21. Turkish nation who lost about 253.000 men at battle, had managed to emerge in honour against the Allied forces. Actually the fate at trenches changed when Mustafa Kemal addressed his soldiers with the words "I am not giving you an order to attack, I am ordering you to die!"

Mustafa Kemal was stationed at Edirne and Diyarbakır after the Çanakkale wars and was promoted to the rank of lieutenant general on 1 April 1916. He fought against the Russian forces and recaptured Muş and Bitlis. Following short assignments at Damascus and Khallepo, he came to İstanbul in 1917. He traveled to Germany with Vahdettin Efendi, the heir to the throne. He became sick after this trip and went to Vienna and Karisbad for treatment. He returned to Khalleppo on 15 August 1918 as the Commander of the 7th army. At this front, he fought successful defence wars. He was appointed as the Commandar of Yıldırım Armies one day after the signing of the armistice at Mondros. When this army was disbanded, he came to İstanbul on November 13, 1918 and started to work at the Ministry of Defence.

When, following the Mondros Armistice, the Allied forces started to take over the Ottoman armies, Mustafa Kemal went to Samsun on May 19, 1919 as 9th Army Inspector. With the circular he published on 22 June 1919 at Amasya, he declared that " The freedom of the nation shall be restored with the resolve and determination of the nation itself" and called the meeting of the Sivas Congress. He convened Erzurum Congress during 23 July - 7 August 1919 and Sivas Congress during 4 - 11 September 1919, thus defining the path to be followed towards the freedom of the motherland. He was met with great enthusiasm in Ankara on 27 December 1919. With the initiation of the Turkish Grand National Assembly on 23 April 1920, a significant step was taken on the way to establishing the Turkish Republic. Mustafa Kemal was elected as the head of the national assembly as well as the head of the government. The Grand National Assembly started to put into effect the necessary legislative measures so as to enable the Independence War to come to a successful conclusion.

Turkish War of Independence started with the first bullet shot at enemy on 15 May 1919 during the Gerek occupation of İzmir. The fight against the victors of the First World War who had divided up the Ottoman Empire with the Treaty of Sevres signed on 10 August 1920, initially started with the militia forces called Kuva-yi Milliye. Turkish Assembly later initiated a regular army and achieving integration between the army and the militia, was able to conclude the war in victory.

After the Sakarya Victory, National Assembly bestowed the rank of marashal on Mustafa Kemal and the Gazi (veteran) title. War of Independences came to end with the Lozanne Agreement, which was signed on 24 July 1923. Hence, there were no longer any obstacles to create a new nation on Turkish soil which Treaty of Sevre had torn to pieces leaving Turks an area the size of 5-6 provinces.

The National Assembly which first convened on 23 April 1920 in Ankara was the first clue to the Turkish Republic. The successful management of the War of Independence by this assembly accelerated the founding of the new Turkish State. On 1 November 1922, the offices of the Sultan and caliph were severed from one other and the former was abolished. There was no longer any administrative ties with the Ottoman Empire. On 29 October 1923, Turkish Republic was formally proclaimed and Atatürk was unanimously elected as its first President. On 30 October 1923, the first government of the Republic was formed by İsmet İnönü. Turkish Republic started to grow on the foundations of the twin principles "Sovereignty, unconditionally belongs to the nation" and "peace at home, peace in the world,"

4. Reforms in the fields of education and culture

Acccording to the Law on Family Names, the Turkish Grand Assembly gave "Atatürk" (Father of Turks) as last name to Mustafa Kemal on 24 November 1934.

Atatürk was elected as the Speaker of the Grand Assembly on 24 April 1920 and again on 13 August 1923. This was a position equal to that of the president as well as the prime minister. Republic was proclaimed on 29 October 1923 and Atatürk was elected as the first President. Elections for President were renewed every four years according to the Constitution. In 1927, 1931 and 1935 Turkish Grand Assembly again elected Atatürk as the president.

Atatürk took frequent trips around the country and inspected locally the works undertaken by the state, giving directives were problems were faced. As president he was host to visiting foreign presidents, prime ministers and ministers.

Atatürk led a very simple private life. He married Latife Hanım on 29 January 1923. They took many trips to different parts of the country together. This marriage lasted until 5 August 1925. A great lover of children he adopted girls named Afet (İnan), Sabiha (Gökçen), Fikriye, Ülkü, Nebile, Rukiye and Zehra and a shepperd boy named Mustafa. He also took two boys called Abdurrahim and İhsan under his protection. He provided for the futures of these children who survived.

He donated his farms to the Treasury in 1937 and some of his real estate to municipalities of Ankara and Bursa. He divided his inheritance among his sister, his adopted children and to the Turkish History and Language Institutions. He enjoyed books and music as well as dancing, horse riding and swimming. He was extremely interested in Zeybek dances, wrestling and the Rumelia folk songs. Games of billards and backgammon gave him great pleasure. He valued his horse Sakarya and his dog Fox . He had a rich library. He used to invite statesman, scholars and artists to dinners where the problems of the country were discussed. He was particular about his appearence and enjoyed dressing well. He was also a lover of nature. He used to frequent the Atatürk Forest Farm and join in the work. 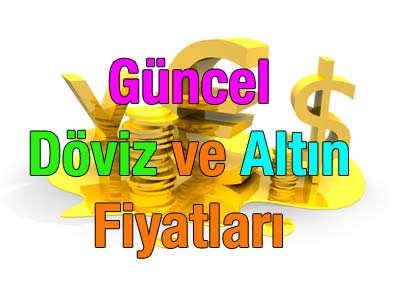